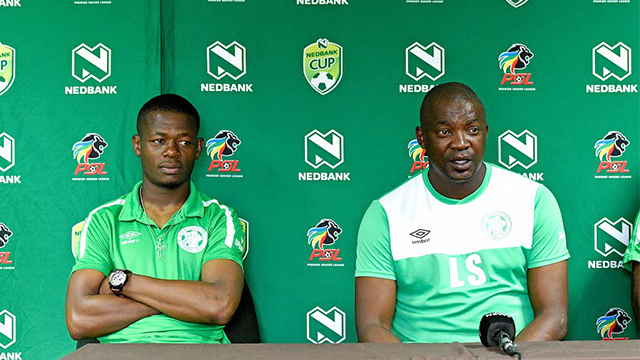 The club confirmed the move on Monday, but did not give any reasons for the departure.

"We would like to confirm the resignation of Lehlohonolo Seema as head coach of the club," the statement said.

"Coach Seema has been with the club since 2013. He added more value to the club and was a great asset.

"We wish him well in his career going forward and future endeavours."
Seema has, in fact, been associated for much longer with Celtic. The former Lesotho international joined the club as a player in 1998, spending eight seasons with the team before leaving for Orlando Pirates.
He returned to joined the technical team in 2013, and has had a number of spells as either caretaker or permanent coach.
His latest stint was as a co-coach alongside John Maduka, who also acts as Celtic team manager.
The pair have been at the helm since the departure of Steve Komphela in December 2018, and had led Celtic to ninth in the league this season before the break for the COVID-19 pandemic.
They also steered the club into the semifinals of the Nedbank Cup, where they will face Baroka FC when the season resumes.
Celtic have yet to name a successor to Seema with the season set to resume in the next few weeks.