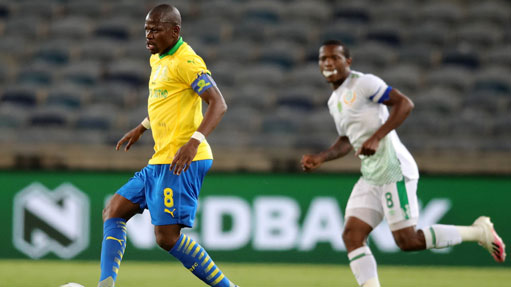 Mamelodi Sundowns have scored the most team goals in the Nedbank Cup since 2008 with an astonishing 114, a number significantly boosted by their 24-0 victory over Powerlines FC a decade ago.

But even without that result they would still be comfortably ahead of the rest, with Orlando Pirates way back in second place on 77 goals over the previous 15 editions of South Africa’s most prestigious cup competition.

The Brazilians will hope to add to their tally when they face holders Marumo Gallants in this year’s final at the Royal Bafokeng Sports Place on May 28 as they go in search of a fourth title in the competition’s current guise.

Here is a list of players who have scored four or more goals for them in the Nedbank Cup.

The Uruguayan playmaker is back in form and could be a real menace in the final for Gallants. He has already scored one goal to lift the trophy when he grabbed the winner in the 2020 Nedbank Cup decider as Sundowns defeated Bloemfontein Celtic. He also netted this year against Summerfield Dynamos in the quarterfinals.

Zwane’s first goal for Sundowns in the Nedbank Cup came way back in 2015 when he netted in a 2-0 win over his former employers Mpumalanga Black Aces on the way to helping the side lift the trophy that year. He has also already scored this season in the 6-0 Last 16 victory over Mathaithai.

Moriri is a Sundowns legend and for many one of the best players ever to feature in the PSL. He scored three goals in helping The Brazilians to the Nedbank Cup title in 2008 and grabbed two more the following year against second-tier Carara Kicks. There have been few more technically gifted players to play the game in South Africa than Moriri.

The man of the moment for Sundowns, he has 28 goals in all competitions for the Tshwane side this season, though only one of those has come in the Nedbank Cup as he netted against Richards Bay in the Last 32. To be fair, he was rested for the next two rounds and only appeared again in the semifinal win over Royal AM. He is deadly in the box.

The late Henyekane was in many ways an underrated forward who starred for Lamontville Golden Arrows and Sundowns in a stellar PSL career. Five of his Nedbank Cup goals came in the win over Powerlines, but he also netted in the 2-0 semifinal victory over Free State Stars later that year. He died in a car accident in April 2015.

Mokoena was a classy attacking midfielder in his day, though he is still playing for Swallows FC this season at the age of 35. He enjoyed his best years at Sundowns and grabbed two goals in the 2010 Nedbank Cup, before netting a further three in 2012 and getting his final strike in 2014. That was also the last goal he has scored in the competition!

Quite remarkably, all 10 of Mushekwi’s goal came in the 2012 Nedbank Cup campaign as Sundowns missed out on the title with defeat to SuperSport United in the final. It is still the most goals scored in a single Nedbank Cup season. He netted six against Powerlines, two against BidVest Wits, and got further goals against Maritzburg United and Free State Stars. But he drew a blank in the final as Sundowns lost 2-0.

Not only is Kekena Sundowns’ leading scorer in the Nedbank Cup, but he also tops the list among all clubs since 2008 with no other player able to match his 11 goals. Remarkably, those strikes also span nine seasons after he got seven in the win over Powerlines, netted against Platinum Stars in 2015 as Sundowns lifted the trophy, got two more in 2018, and grabbed his last goal in the 4-1 quarterfinal win over Orlando Pirates in 2021. The 36-year-old is currently clubless after leaving The Brazilians in November.

OTHER SUNDOWNS SCORERS IN THE NEDBANK CUP SINCE 2008