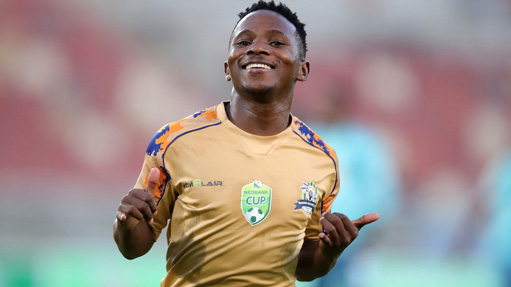 TTM will host holders Marumo Gallants in a Limpopo derby in the Nedbank Cup semifinals in Thohoyandou on Friday, with a place in the showpiece decider up for grabs.

Second-tier TTM may go in as underdogs, but having already ousted Lamontville Golden Arrows and SuperSport United this season, will be no pushovers.

We look at three key match-ups that could be crucial in deciding the outcome.

A battle between two old campaigners who might be nearing the end of their careers, but are looking to go out in a blaze of glory. TTM striker Manzini is now 34 and has bags of experience under his belt from his time at Chippa United, AmaZulu and Platinum Stars in the past. He has featured in two Nedbank Cup semifinals in the past and lost both. Nonyane is another old warhorse, who skippered Gallants to the Nedbank Cup title last season. He is now 35 but has been a near ever-present for Gallants this season and still adds huge value to the side as a stabilising factor at the back.

Ngwepe has come on leaps and bounds this season, and must be one of the best midfielders outside of the DStv Premiership this campaign. Already 27, he is no spring chicken, and has had a rather chequered career to date at Cape Town All Stars. Jomo Cosmos and Royal Eagles, but is enjoying the best campaign of his career to date. His quality on the ball is superb and his eye for a pass can put TTM on the front foot. Ndlondlo is the creative genius in the Gallants side and scored the winner in the Nedbank Cup final last year. He is both a scorer and provider of goals, and when he is in hot form, Gallants can be hard to stop. Diminutive in stature, he is a ball of energy and has an excellent football brain. His nine goals this season is already the best tally of his career for the 26-year-old.

TTM’s Nigerian centre-back Biodun Alabi will have to be at the top of his game as he tries to keep tricky winger Katlego Otladisa quiet. Alabi is in his third season in South Africa, the first two spent with another second-tier side in JDR Stars. He has matured into a reliable campaigner and can also spring a surprise at the other end with a few goals of his own from set-pieces. Otladisa came through the ranks as a youngster at Platinum Stars and was quickly snapped up by Mamelodi Sundowns. He did not make the grade at Chloorkop, and went on a series of loans before signing for Gallants. Still only 25, he has been a revelation this season and a key figure in the team’s success in making the Nedbank Cup semifinals.