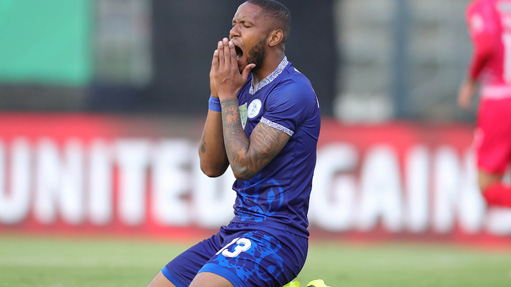 Can TTM be the latest second-tier side into the Nedbank Cup final?

TTM will hope to continue what is something of a proud tradition for second-tier sides in the Nedbank Cup semifinals when they host Marumo Gallants in a Limpopo derby in their Last 4 clash.

TTM will be seeking an upset win at the Thohoyandou Stadium that would book a place in the final against either Royal AM or Mameodi Sundowns, and become the fifth side from the GladAfrica Championship to reach the decider since 2008.

There have been nine semifinals involving second-tier sides in the last 13 years and the record reads won four, lost five so far …

Here is a list of their semifinals and how the lower league teams fared.

Black Aces booked their final spot thanks to a narrow, hard-fought win over Free State Stars. The all-important goal was scored on the hour-mark by Congolese forward Kabamba Musasa, who had previously turned out in the PSL for Kaizer Chiefs and Maritzburg United. Black Aces went on to lose the final 1-0 to Mamelodi Sundowns, going down to a late goal from Lerato Chabangu.

Leopards were in the second tier when they came up against top-flight Moroka Swallows in their semifinal and were in the game all the way to the end.

The score was 0-0 with 12 minutes to go of a tight tie when Brazilian import Igor Alves opened the scoring for Swallows. The tie seemed over when Thulani Ngcepe added a second two minutes from time, but Jabu Maluleke pulled one back in injury-time for Leopards.

AmaTuks were involved in another tight semifinal a day later and this one ended 0-0 after 90 minutes, sending the game into extra-time. Mthokozisi Yende put the second-tier side ahead, but Ajax roared back minutes later and Nhlanhla Kubheka equalised. The tide appeared to have turned in Ajax’s favour, before Manti Moholo (now Mekoa) grabbed a winner for AmaTuks. The second-tier side lost 1-0 to Swallows in the final.

After extra-time; Leopards won 3-1 on penalties

This is the only ever Nedbank Cup semifinal to feature two sides from outside the top-flight as second-tier Leopards returned to this stage to face third-tier Baroka FC. The latter had already stunned Moroka Swallows and Kaizer Chiefs in the competition, and came to within a whisker of a final place. They took the lead on 11 minutes thanks to a Thobani Mncwango penalty, but Vincent Xakane equalised for Leopards and the game went to extra-time. The Thohoyandou side led through Rodney Ramagalela, but just a minute later Mncwango netted his second of the game to send the match to penalties. This is where Baroka’s inexperience showed as they missed three consecutive spot-kicks in the shoot-out. Leopards lost the final 3-1 to Orlando Pirates.

It will forever be a regret for coach Dan Malesela that his second-tier United FC side only really started playing after they went 2-0 down in this tie. Lehlohonolo Majoro and George Lebese scored for Chiefs against a timid and overawed United FC, but once the latter started to come out of their shell they gave Chiefs a torrid time. They pulled a goal back through Walter Maponyane, but it proved too little, too late. There would be better days ahead for Malesela.

Vasco had done superbly well to reach the semifinals but came up against a well-drilled Sundowns side who were simply too strong on the day. The only goal scored was a cracker from Mzikayise Mashaba that was worthy of winning any game, and Vasco battled to test the Sundowns keeper, Kennedy Mweene.

Baroka FC were campaigning in the second-tier when they made their second Nedbank Cup semifinal appearance but it too ended in defeat. SuperSport United were on their way to back-to-back triumphs in the competition and they had too much in the tank for their out-gunned rivals. Bradley Grobler and Thuso Phala got the goals early in the second half and it was a comfortable success for the top-flight side.

Malesela returned to the semifinals, this time with Mpumalanga-based TS Galaxy and masterminded what turned out to be a big win. But his side were actually just seconds from defeat! Knox Mutizwa had put Golden Arrows ahead from the penalty spot with 20 minutes remaining, but as time ran out on the clock, Sandile Zuke put the ball into his own net for Galaxy in the third minute of injury-time at the end of the game. Substitute Zakhele Lepasa then wrapped up the game with two goals in extra-time. Galaxy went on to beat Kaizer Chiefs 1-0 in the final. And the coach of Gallants versus TTM this year? Dan Malesela …

Callies went on a fine run to the semifinals but lost a tight clash with Chippa, who would go on to lose in the decider. There was not much to choose between the teams in a game of few chances, but the winner came from an unlikely source in the form of Chilli Boyz defender Sandile Mthethwa. It remains his one and only cup goal. Callies battled hard to create something after that, but Chippa held out and ended their Nedbank Cup dreams.