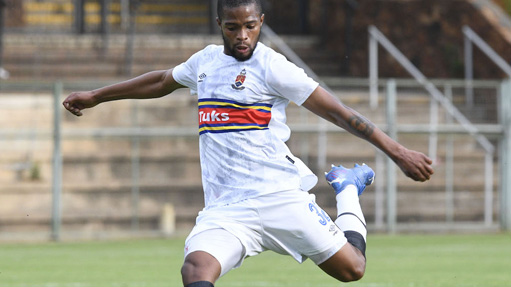 Players to look out for in the Nedbank Cup quarterfinals

The Nedbank Cup quarterfinals this weekend will be a time for players to stand up and be counted, with a coveted semifinal place in South Africa’s most prestigious knockout competition on the line.

It is a platform for heroes to emerge and for young stars to write their names into the history books.

Here are eight players to watch in the quarterfinal games.

The 22-year-old right-winger is in his first season as a professional, but has taken the GladAfrica Championship by storm and been a key performer for TTM this campaign. He will have the chance to showcase his talent at a higher level against DStv Premiership side SuperSport United, and there will no doubt be plenty of eyes on how he does.

The midfielder hails from Mahwelereng in Limpopo and was a product of the SAFA School of Excellence before he signed for SuperSport in 2020. He appeared a couple of times on the bench in the 2019/20 campaign, but it is only this season where he has made his debut for the team. The 20-year-old has been a revelation since coming into the team and scored the winner for SuperSport against Platinum City Rovers in the previous round.

Ndlondlo is not a new name in the team, in fact he scored the winner for Gallants (then known as TTM) in last year’s Nedbank Cup final! But this season he has become a dominant part of the side and is their leading scorer with eight goals, including six in his last five appearances! That includes against Orlando Pirates in the Last 16 of the Nedbank Cup. He has confirmed his status as a major talent.

Bobete earned his stripes in the Baroka FC DStv Diski Challenge side and has won promotion to the first team this season, where he has not disappointed. He has largely been a regular with his trickery and quality on the ball. He scored his first goal in professional football on debut against Stellenbosch FC to make a grand entrance to the big-time! The 21-year-old has a big future in the game.

In a team full of experienced players, there are not too many youngsters about. Domingo is not quite in that category, but has seen regular action this campaign. He is a product of the Ajax Cape Town youth development structures before moving to Portugal and Vitoria Guimaraes. He returned to South Africa with BidVest Wits in 2018 and moved to Sundowns two years later. He has had much more influence this season than in his first and will hope to showcase all his playmaking talent against Summerfield Dynamos in the quarterfinals.

Vandala is no stranger to the Nedbank Cup having appeared in the 2018 edition with EC Bees, where they beat Mariveni United 3-1 in the Last 32 and then narrowly lost 2-1 to Mamelodi Sundowns in the next round. This will be his chance for some revenge. That is especially so as he was forced off through injury in the first half of that game. He netted the winner for Dynamos against Uthongathi in the Last 32 this season and is an important player for coach Clinton Larsen.

Royal AM are another team filled with experienced talent and very few youngsters, in which case it is impossible to ignore the exploits of Letsoalo this season. He is having comfortably his best season as a professional having debuted for Baroka FC in 2013, after which he moved to Bloemfontein Celtic four years later. When the Celtic franchise was purchased by Royal AM, he relocated to KwaZulu-Natal and has been their main man this season, netting 13 goals. He has yet to score in the Nedbank Cup though, so will be desperate to break that duck against AmaTuks.

The 20-year-old midfielder has played every minute of AmaTuks’ league campaign this season and two games in the Nedbank Cup as well as he emerges as a key talent for the promotion-chasing cup hopefuls. This has been the club’s best season for years and he is a central figure in that. He is a junior international for South Africa, so his form should be no surprise, but he has been one of the better players in the GladAfrica Championship this season.