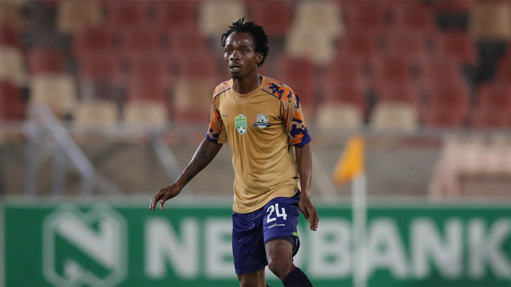 Goalkeeper King Ndlovu proved the hero for defending champions Marumo Gallants as he saved in the penalty shoot-out and then slotted the winning kick himself to lead his side to a 5-4 victory over Orlando Pirates after the teams played to a 1-1 draw in their Nedbank Cup Last 16 clash at the Peter Mokaba Stadium in Polokwane on Wednesday.

Pirates missed three penalties in a row in the shootout, including one by centre-back Olisa Ndah to win the tie as the Nigerian blasted over from 12-yards.

It will be a sweet result for Gallants coach Dan Malesela, who lifted the Nedbank Cup trophy with second-tier TS Galaxy in 2019, and is also a former Pirates player.

The Buccaneers were left to rue the quality of their penalties but their long wait for the Nedbank Cup goes into an eighth year after they last won the trophy in 2014.

Ndabayithethwa Ndlondlo had put Gallants ahead in the game from the penalty-spot, but that joy was short-lived as Bandile Shandu equalised for the visitors.

Pirates had Ghana international goalkeeper Richard Ofori back between the sticks, his first competitive game since he played for the Black Stars against Bafana Bafana in the September FIFA World Cup qualifier at the FNB Stadium.

The Buccaneers also restored captain Happy Jele to the starting line-up, while there was a return from suspension for Goodman Mosele following his call-up to the Bafana squad for the friendlies against Guinea and France later this month.

The contest was evenly-fought, with Gallants taking the lead in the 20th minute after referee Christopher Kistoor handed them a penalty following a foul on Joseph Malongoane. It was one of a number of shouts from both sides for a spot-kick in the game

The in-form Ndlondlo stepped up to convert the kick, though Ofori got a hand to it, as he continued his good form in front of goal.

That is now six goals in four games for Ndlondlo, four of which have been from the spot as Gallants force errors from their opponents.

But the lead only lasted 10 minutes before Pirates equalised through an in-form player of their own, right-back Shandu, who has emerged as an unlikely goalscoring hero. His seventh strike, set up by Zakhele Lepasa, makes Shandu The Buccaneers’ leading scorer this season.

That was the way it stayed through the 120 minutes as both sides had opportunities after that with the best perhaps falling to Pirates.

Substitute Tshegofatso Mabasa struck the crossbar in extra-time, while Katlego Otladisa missed a golden chance for Gallants with just Ofori to beat as the match went to penalties.