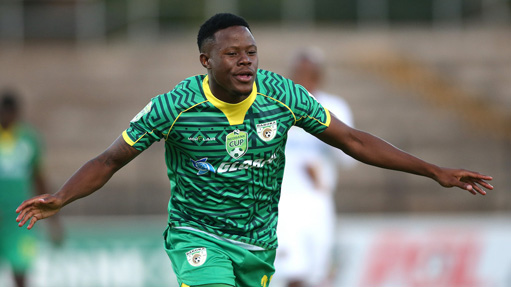 It is doubtful there has been a quicker goal scored by a replacement in South African football history, as he strolled onto the pitch and picked up a wayward pass from Stellies centre-back Zitha Macheke.

That put Masiya through on goal and he blasted the ball into the back of the net from the edge of the box to stun the home side, whose wound was very much self-inflicted.

Baroka just about deserved the win in a game that never reached great heights, with both teams wayward in their shooting and showing plenty of signs of rust.

Baroka have a fine pedigree in the Nedbank Cup, having been semifinalists in 2011 as a third-tier side, in 2016 when they were in the second-tier, and in 2020 when a topflight side.

They will hope to go one better and be in the final this year, but will likely have to improve their performance quite considerably.

Argentine forward Junior Mendieta had two chances for the home side in the first half. He shot weakly at Baroka goalkeeper Elvis Chipezeze when well placed in the six-yard box, and then blasted over from the edge of the area.

Ashley du Preez looked to have made an excellent run behind the Baroka defence to go one-on-one with the keeper but was flagged for offside in a very tight call. He looked more on than off.

Baroka almost profited from a nervy moment from Stephens when he dropped a routine catch from a cross and recovered the ball just in time ahead of the advancing Manuel Kambala.

Ortiz had an excellent chance to give the home side the lead when he was teed up by De Preez, but he blazed over the bar with a disappointing finish.

Evidence Makgopa headed wide with good chance, before Masiya opened the scoring on 72 minutes as he strolled onto the field and netted immediately.

Clinton Larsen’s Dynamos took the lead in the first half through Mcedi Vandala, a player who has some experience in this competition with EC Bees in 2018.

Former Bafana Bafana midfielder Papi Zothwane is the coach of Uthongathi and came up against former boss Larsen.

The win for Dynamos ensures there will be a minimum of three third-tier teams in the Last 16.