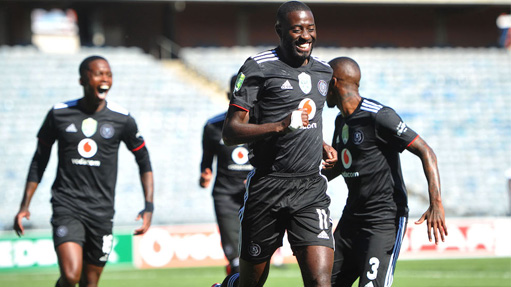 Soweto giants Orlando Pirates made a bright start to the 2022 Nedbank Cup as they put in a professional performance to defeat AmaZulu 1-0 in their Last 32 clash at the Orlando Stadium on Sunday.

Pirates were the better side and led early in the second half through a well-worked goal from Deon Hotto, but were also grateful to goalkeeper Siyabonga Mpontshane for making a penalty save to deny Usuthu captain Thapelo Xoki late on.

Hotto’s goal was beautiful in its creation, and a reminder of just what a quality player he can be on his day.

His neat one-two with Thabang Monare ended in a perfectly weighted pass into his path in the box, and he swiveled to fire past a helpless Veli Mothwa in the AmaZulu goal.

It proved the decisive moment in the game, but there were also other talking points.

Not least an incident on 22 minutes when Pirates midfielder Goodman Mosele appeared to handle the ball in the box as he slid to make a challenge on Augustine Mulenga. The referee ruled it was not a penalty.

Usuthu did get their chance from the spot with four minutes remaining when Abel Mabaso handled the ball in the box. There could be little argument over this decision.

But Xoki’s penalty was at a good height for Mpontshane and too close to the keeper, allowing him to make what was a comfortable save in the end.

As for the remainder of the match, Mosele headed wide with the goal at his mercy, before Ntsako Makhubela should have put Pirates in front when he had a shot from eight yards that he fired straight at Mothwa.

Thembinkosi Lorch might have doubled the advantage with 10 minutes to go when he was teed-up by Zakhele Lepasa, but once again he shot straight at the keeper.

Lepasa, a Nedbank Cup hero for TS Galaxy as they won the title in 2019, will be delighted with his cameo off the bench having only played seven minutes since December 2020 following long-term injury that kept him out for almost the entirety of last year.