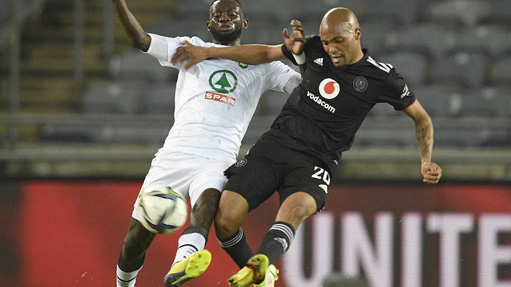 The Nedbank Cup clash between heavyweights Orlando Pirates and AmaZulu will headline the Last 32 action this weekend as two familiar foes go head-to-head for a place in the next round.

The clash at the Orlando Stadium on Sunday (kick-off 15h00) pits ex-Pirates player Benni McCarthy against his former club, and now that he is in charge of AmaZulu, he says he will do everything he can to sink The Buccaneers’ ship.

“When I played for them, I gave everything, all of my heart and soul. But now at AmaZulu, I give the very same commitment to my club and unfortunately for the teams I played for, if I come up against you, I want to win even more,” McCarthy says.

“But we have a lot of respect for each other, for the coaches [Mandla Ncikazi and Fadlu Davids] and the club.”

Usuthu also have a number of ex-Pirates players in their ranks, which McCarthy maintains is further motivation for the side to prove a point against their former employers.

“It is a big stage, and who better to perform against than the team who said you were not good enough. Or for whatever reason you were given your clearance and told you can go join another team,” the ex-Bafana Bafana striker says.

“I use that quite a lot because we have so many ex-Pirates players at AmaZulu. They can show the club that maybe they made a mistake by letting them go.”

McCarthy has been desperately unlucky with Nedbank Cup draws since his arrival to coach in South Africa in 2017, and has yet to face a lower league team.

“I was hoping for the Ke Yona experience. Since I started coaching in South Africa, I have never had that. I have always got the big guns. It’s like they want to see me get fired!”

Pirates co-coach Ncikazi says he too was hoping to avoid AmaZulu, who his side played twice in the league in December, which resulted in a draw and a Buccaneers win.

“I was praying to avoid at least four fixtures, and unfortunately one of the fixtures I wanted to avoid was AmaZulu, for a number of reasons.

“The AmaZulu that is coached by Benni are fighters, I think his personality comes through into his team. Previous matches have never been easy, and this one will be very tough as well.

“If Pirates are to win this competition then this is the wall we have to go through – AmaZulu. Maybe it is better to play against opponents that you know, than teams where you have never seen their profile.”

Ncikazi says the squad is looking in good shape, but admits that after such a long break, you never know if they are ready until they step onto the pitch.

“Preparations are going well, but they are only preparations until you write the real exam,” he says.

“Working at Pirates, you have pressure after winning a match. You can imagine the pressure after losing a game? It is important we give back to the Happy People [fans], they deserve better than that this team has done.”

Before this match there are two games on Saturday as 2009 Nedbank Cup winners Swallows FC host second-tier TS Sporting at Dobsonville Stadium (15h00).

Swallows are coached by Dylan Kerr, who led TTM (now Marumo Gallants) to the title in 2021 when they beat Chippa United 1-0 in the final.

“It is the biggest cup competition in South Africa. We won it against all expectations last year and we did so with pride,” Kerr said.

“The Last 32 is always the hardest round, because you have the teams from the GladAfrica Championship and below, and you have to face very big challenges because it is a one-off game.

“It doesn’t matter if you are Mamelodi Sundowns or Black Eagles, it is a cup final for both teams. Every game is a cup final in the Nedbank Cup. I hope the Swallows players have the ambition I did last season to go on and win the trophy.”

Sporting are coached by former Bafana star Benson Mhlongo, who knows his side are underdogs, but is confident they can pull off a surprise.

“Everything is possible,” he says. “It will be a test for me tactically to see how good I am against a very good coach. And it will test the boys to see how ready they are to help the club climb away from relegation.

“Every match is a big stage, every match you can make a statement. I always say, ‘the players should be a reflection of the coach’. So I promise we will give our heart and our energy to the game.

“I will let the boys be themselves. I will help them tactically, but I want them to express themselves. There is no fear. We will do whatever it takes to win the match.”

Later on the new TTM, who are not connected to the club that won last season and campaign in the second tier, will entertain Lamontville Golden Arrows in Thohoyandou (18h00). TTM coach Lucky Nelukau is in confident mood.

“It is always difficult to play his [Golden Arrows coach Lehlohonolo Seema's] sides, he is a very good coach. But I am also a good coach, and I am ready to face him.

“Homeground advantage will work on our side. I just hope when they come here it will be hot. We have got four or five players who have tasted the PSL. They are good players, coached by a good coach.”

Seema admits it will be a challenge for his team, but says they will be up for the challenge.

“It will be a difficult one. We are quite aware of that. It is a tournament where there is a lot of surprises, and playing a team where they are at home, it becomes more dangerous,” he says.

“We are not taking it lightly at all, we are going to give it our best and try to go all the way in the cup.”