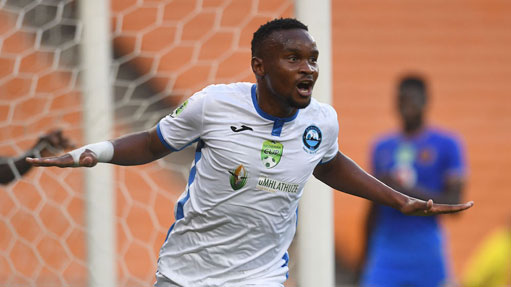 Nedbank Cup kicks off on Friday with two potential upsets

The 2022 Nedbank Cup gets under way on Friday with two intriguing clashes that pit DStv Premiership sides up against teams from the GladAfrica Championship and offers an immediate chance for an upset.

Richards Bay ousted Kaizer Chiefs from the competition at this stage of the campaign in 2021, and while they have swapped coach Simo Dladla for namesake Sifiso Dladla, they are riding high at the top of the Championship table.

Sundowns co-coach Manqoba Mngqithi says they are under no illusions as to the task at hand, despite the fact they have a star-studded squad and will be viewed as heavy favourites.

“But I am also glad I will be playing against one of the coaches that is coming from my province [KwaZulu-Natal], that I like so much and shared a lot of information with.”

It is a first game for Sundowns since December 23 following a long break in domestic action for the festive season and 2021 Africa Cup of Nations.

“We think we have had a very nice preparation, the team is looking very interesting. We are having a lot of [selection] headaches because the team has a lot of good players.

“It is a very difficult match, and all our preparations are geared towards making sure we do the best we can, play the game and give it all the respect it requires.”

Coach Dladla says that despite his side’s underdog status, they are hopeful of pulling off another surprise.

“I know last season we did the ‘surprise’ by beating Kaizer Chiefs, though if you look at the history it was not for the first time that Chiefs were beaten by so-called smaller teams,” Dladla says.

“When it comes to Mamelodi Sundowns, it is a different proposition. They are a side that I think are very cautious of the smaller teams, so it is not going to be an easy game. But I hope and pray that we also pull another surprise.”

Richards Bay are the top team in the Championship, and while the temptation may be to focus on promotion, Dladla says they are in the Nedbank Cup to win it.

“That is the beauty of the GladAfrica Championship, it is a league whereby if you notice the last few years, it has not been won by the team that finishes the first round on top. All the teams have got quality players.

“You have to do your planning right, we may be on top at the moment, but we know the teams below us will have the chance to come up. With the experience of last season and some new players, we have devised some solutions.

“For now we just want to give all our energy to the Nedbank Cup game that is coming up on Friday.

“We have instilled a winning mentality in the players, so the focus is on the game-plan against Sundowns. We have been off since the middle of December, so this will be the first game that we will be playing this year.

“It will also be a tricky one for Sundowns, because they have never had such a long break. Normally they play a game every three days, so we know it might be a disadvantage for them.”

Chippa lost to TTM (now Marumo Gallants) in the final last year, when current coach Kurt Lentjies was a player. He has since assumed the reins of the team and says the aim this year is to go one better, but realises they face a tricky start.

“It is going to be a tough game for us. We prepare for every game the same. We are excited to get the season restarted with the Nedbank Cup. We are really looking forward to the match,” Lentjies says.

“The club will expect the same, or even maybe to go a step further and win the cup. We are in a pressure job as coaches, but it is not about me. We are looking to win every football match that is available to win.”

AmaTuks were finalists in 2009 with coach Steve Barker at the helm, but lost 1-0 in the decider to Moroka Swallows.

The coach of the current squad, Tlisane Motaung, says they can draw much inspiration from that side 13 years ago.

“It is a great honour for me to be head coach. In 2009 I was actually a student at the university when coach Barker was at the helm. I took a lot of inspiration from that time, even though I didn’t know I was going to be a coach in the future.

“I have got big shoes to fill, but we are prepared for the encounter against Chippa. It is an opportunity for AmaTuks again to get a big win and take some momentum into the second half of the season.

“Every match is a priority for us – the Nedbank Cup or the league. Even friendly matches!”