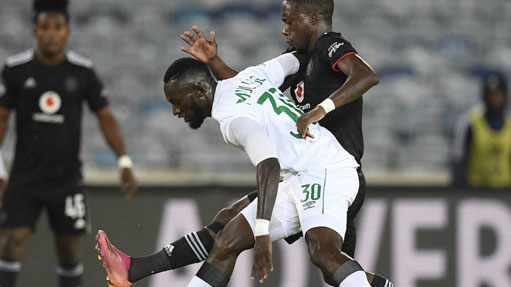 The Nedbank Cup Last 32 kicks off on Friday, the start of 10 days of scintillating action in South Africa’s most prestigious knockout competition.

The competition is celebrating 15 years this season and in that time there have been plenty of shock results that have been written into South African football folklore.

UNIVERSITY OF PRETORIA VS CHIPPA UTD

The 2009 finalists University of Pretoria come up against the team who lost out to TTM in the Nedbank Cup final last year. Chippa, as the topflight team, will expect to come out on top. They are now coached by Kurt Lentjies, who was a player for them in the 2021 decider!

Second-tier Richards Bay knocked Kaizer Chiefs out in the Last 32 in the 2021 Nedbank Cup, so can they pull off an impressive double-act? They are sitting on top of the GladAfrica Championship and certainly have form behind them, even if they take on the best team in the country. Sundowns are three-time Nedbank Cup winners in 2008, 2015 and 2020.

Can the Birds put behind them their poor league form and have a run in the cup? Sporting, coached by former Bafana Bafana star Benson Mhlongo, are just one place above the relegation zone in the GladAfrica Championship, so both teams are looking for a spark. Swallows won the Nedbank Cup in 2009.

This is not the TTM that lifted the Nedbank Cup trophy last season, they are now known as Marumo Gallants after TTM’s owners sold the status in January 2021 (but the purchasers had to keep the name for the rest of the season). This is the TTM purchased the second-tier status of Royal AM when the latter in turn bought Bloemfontein Celtic at the beginning of 2021/22.

Arguably the tie of the round as Benni McCarthy leads his Usuthu side against his former employers from his playing days, Pirates. Ironically, these sides met in the final game of 2021 as Pirates won a league clash 2-1, and their next fixture will be to meet again at the same venue, this time in the cup. They also played to a 1-1 league draw on December 8.

This will be a debut in the competition for second tier Venda Football Academy but All Stars appeared in both the 2016 and 2017 Nedbank Cups. Bizarrely, they played away at Polokwane City on both occasions, losing 3-1 and 2-0. The Venda club are coached by Johnny Ferreira, who won the competition with Witbank Aces all the way back in 1993!

Another all-topflight clash between 2018 finalists Maritzburg and a SuperSport United team that lifted the trophy in 2012, 2016 and 2017. They were once the cup kings but have since lost their lustre, going out in the Last 32 in each of the last four seasons. They will be desperate to break that run.

A KwaZulu-Natal Derby between second-tier Uthongathi and amateur side Summerfield Dynamos, who are based in Chatsworth in Durban. Uthongathi have never been past the Last 32 but will feel like this is their best chance. They are coached by former Bafana Bafana star Papi Zothwane, who was also a Golden Arrows legend. Dynamos have former Abafana Bes’thende coach Clinton Larsen as their mentor.

These two sides met as recently as December in the league as Stellenbosch claimed a 1-0 home win. The sides also played to a 1-1 draw in Limpopo in October, with Baroka having just a single victory (D1 L4) in their last six meetings with Stellies.

A clash between two teams from the amateur ranks, Professionals have competed in the Nedbank Cup before when they lost to Mbombela United 2-1 in the Last 32 in 2019. This will be a debut for Free State side Mathaithai, who hail from Botshabelo.

ROYAL AM VS CAPE TOWN CITY

City won 2-1 in a rare come-from-behind success when they visited fellow top-flight side Royal AM earlier in the season but the home side have come on leaps and bounds since then and are gunning for revenge. This will be a tough battle.

Another fixture that sees second-tier opposition take on a team from the topflight, Rovers will be no pushovers with the likes of the experienced Oupa Manyisa in their squad. They previously competed in the Nedbank Cup as Polokwane City Rovers in 2016 but lost in the first round.

This is a repeat of the 2019 Nedbank Cup final when then second-tier TS Galaxy stunned Chiefs in the decider with a 1-0 win in Durban. Now in the topflight, they have found the going tough this season. Chiefs got some revenge by beating Galaxy 1-0 in the final game of last season to pip them to a top eight place. These sides played to a 0-0 draw in Mpumalanga earlier in the campaign.

The 2018 winners Free State Stars will travel to the Eastern Cape to face amateur side Sinenkani, who will be an unknown quantity for coach Innocent Mayoyo and his men. Sinenkani are only a few years old and will host this fixture at the Walter Sisulu University Stadium in Mthatha.

The current holders will take on the two-time winners Santos, whose previous glories came in 2001 and 2003, but since then they have fallen into the amateur ranks. They remain a famous name in the game and a club that has developed plenty of talent. Gallants are coached by Dan Malesela, who took TS Galaxy to their famous win in 2019.

A clash between two amateur sides as Black Eagles from the North West tackle Mpumalanga-based FC Sivutsa. Both are making their debut in the Nedbank Cup Last 32. Black Eagles, who are just four months old, are coached by Kabelo Sibiya, who has had previous success in this competition with TS Sporting. FC Sivutsa are led by his great friend William Shongwe.