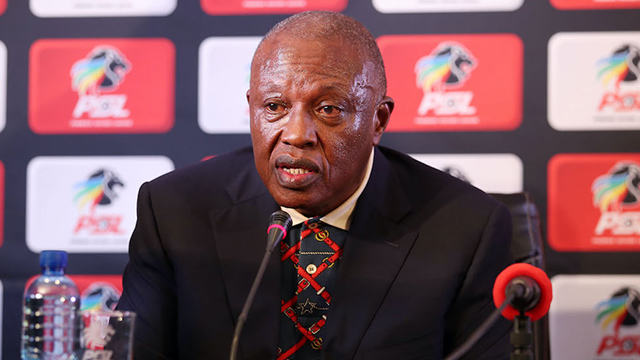 The Premier Soccer League have confirmed they will hold a press conference on Monday where they are expected to announce the plans to resume the domestic season, including the Nedbank Cup.
The PSL have had a number of meetings over the past few weeks to discuss a safe return to play for teams, which will include camping in a ‘bio-bubble’ environment to mitigate the risk of COVID-19 infection.
Teams will stay, train and play in these bio-bubbles, which are expected to be in the Gauteng province.
High on the agenda for the PSL will be playing the semifinals and final of the Nedbank Cup, and crowning a champion for 2020 in South Africa’s most prestigious knockout competition.
The semifinal matches see Mamelodi Sundowns take on BidVest Wits, while Baroka FC tackle Bloemfontein Celtic.
Teams have been back in training either this week or last, although they can only work in small groups of four at the moment, and without contact.
It presents a challenge to coaches and team medical staff to ensure players are ready for full-contact games, and have the necessary fitness levels, with domestic football having been suspended since mid-March.
It means players will have been sidelines for some four months at least by the time matches do resume, for many the longest they have been fit and inactive in their careers.