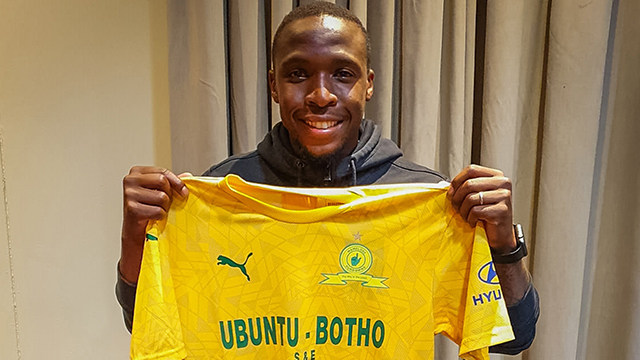 Sundowns snap up Maluleka … but there’s a catch …

Mamelodi Sundowns have confirmed the signing of midfielder George Maluleka from Kaizer Chiefs, but he will not be eligible to compete for them in the Nedbank Cup this season.
Maluleka has signed a three-year contract with Sundowns and will link up with the squad immediately.

He was not offered a deal to stay at Chiefs until the end of the current 2019/20 campaign, with the season having been extended past the expiry of his contract on June 30 due to the COVID-19 pandemic.
It is perhaps a surprise move for an accomplished player, with many up others offering players short-term contracts to see them to the end of season.

But Maluleka will only be eligible to play for Sundowns in the 2020/21 campaign, meaning he cannot help the Chloorkop side to Nedbank Cup glory this year.
“Mamelodi Sundowns is delighted to announce that George Maluleka has signed a three-year deal with The Brazilians,” the club said on Wednesday.

“Maluleka, who spent six years at Naturena, is swapping gold for yellow and is crossing the Jukskei to Chloorkop to compete for major silverware on offer on the African continent and beyond.

“Due to the COVID-19 pandemic, the transfer window in South Africa is closed until the 2019/20 season reaches its conclusion and Maluleka will be registered as soon as it opens.

“For the time being, Maluleka will not be able to feature but will start training and getting acquainted with his new club and teammates.

“The Yellow Nation welcomes George Maluleka to the most successful team in PSL era.”
Maluleka came through the ranks at University of Pretoria, but later joined SuperSport United.
After few opportunities there he moved to Ajax Cape Town, where he excelled for three seasons before being lured back to SuperSport.

Once again it proved a difficult move, but he switched to Chiefs in January 2014 and enjoyed league success in his second campaign.