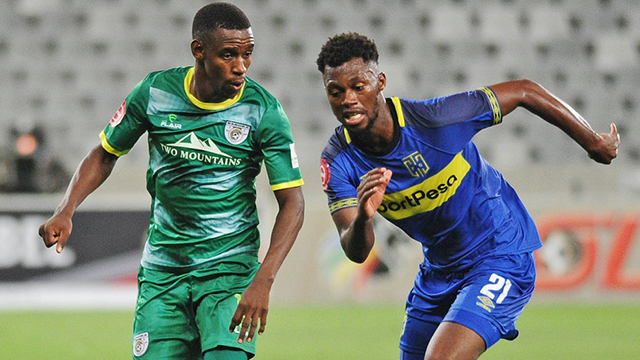 Nedbank Cup semi-finalists Baroka FC have parted ways with midfielder Collins Makgaka, who had been the longest serving member of their squad.
Makgaka made the announcement on Thursday, thanking the club for the five years he spent with them, the last four in the Premier League.
“I would like to thank the chairman, Mr [Khurishi] Mphahlele, the staff and the fans for all the support you have given me over these five enjoyable years at the club,” he said.

“In my first season at the club we gained promotion to the PSL, and more recently winning the Telkom Knockout in 2018 has been the highlight in my career. These are the memories I will cherish forever.

“I am sad to be leaving this great club but I am excited to see what the future holds. I’d like to wish everyone connected to the club the very best of luck for the future.”
Makgaka was a promising teenager when he joined the Baroka FC first team squad just a few days after his 18th birthday.

The club were campaigning in the second tier at that stage, but he helped them to promotion and has continued to make a contribution in their four consecutive seasons in the top-flight.

His best campaign to date was the 2018/19 season when he featured in 26 of their 30 league matches and also helped the side to lift the League Cup trophy.
He had found appearances harder to come by this season, but the 24-year-old has featured in 70 games in all for the Limpopo side, netting five goals.
Baroka have seen a number of their players exit at the expiry of their contracts on June 30, making them unavailable to finish the Nedbank Cup campaign with the side, with Bloemfontein Celtic looking in the semifinals.
Other players to have left are strikers Prince Nxumalo and Ranga Chivaviro, left-winger Mogau Khwinana and midfielder Tebogo Sodi, who had been on loan at Swallows FC in the second half of the campaign.