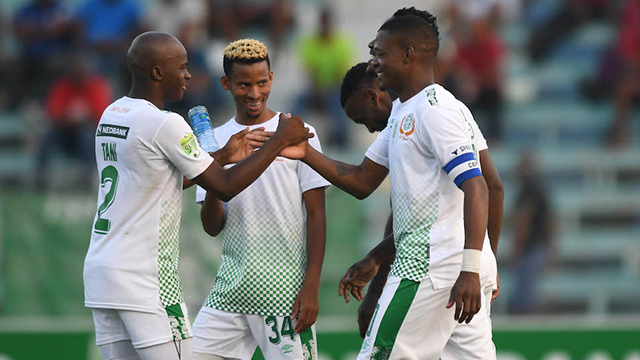 Bloemfontein Celtic are appearing in their first ever Nedbank Cup semi-final this season after exiting at the quarter-final stage on six previous occasions.

The Free State side will take on Baroka FC in the Last 4 clash, providing an excellent opportunity to reach a major cup final where either Mamelodi Sundowns or BidVest Wits will await.
But it is no secret that Phunya Sele Sele have found it tough to advance past top-flight sides in South Africa’s most prestigious knockout competitions, with just four outright victories from their 15 ties since 2008.

There also managed a penalty shoot-out victory over SuperSport United (in 2018) after a 1-1 draw, but the other 10 games have all ended in defeats.
They claimed a surprise 2-1 success over Orlando Pirates in 2009 before being ousted by second-tier University of Pretoria in the quarterfinals.
It wasn’t until 2013 that they claimed another win against top-flight opposition, beating Free State Stars 2-1.

There has been another long wait until 2020 to add their only other wins against Premiership clubs, beating AmaZulu 4-1 in the Last 32 and claiming a 3-2 success over Maritzburg United in the next round.
All but one of these wins came at home, with their only away success against Stars.
Of their 10 defeats, two each have come against BidVest Wits, Maritzburg United and Orlando Pirates, while there have also been losses to Ajax Cape Town, Kaizer Chiefs, Lamontville Golden Arrows and Platinum Stars.

Overall, Celtic have played 28 games in the Nedbank Cup, winning 13 with three draws and 12 defeats.